Several scientists from the EU-H2020 projects CHE and VERIFY participated in the IG3IS - Transcom workshop in Paris from 15-18 October 2019, hosted by the Cité Internationale Universitaire de Paris.

An exciting programme for the week-long workshop gathered more than 50 oral presentations & 35 posters dedicated to Greenhouse gases monitoring.  Oksana Tarasova from the World Meteorological Organisation welcomed the workshop participants. Celia Blauel, the Deputy Mayor of Paris, then welcomed the participants to Paris and presented the city's efforts since the Paris Agreement to lead the way in curbing CO2 emissions. Phil DeCola, Chair of the IG3IS science team, provided an overview of the Integrated Global Greenhouse Gas Information System, its status, principles and objectives. IG3IS is entering its implementation phase to pursue the IG3IS 4 main objectives following the IG3IS implementation plan. 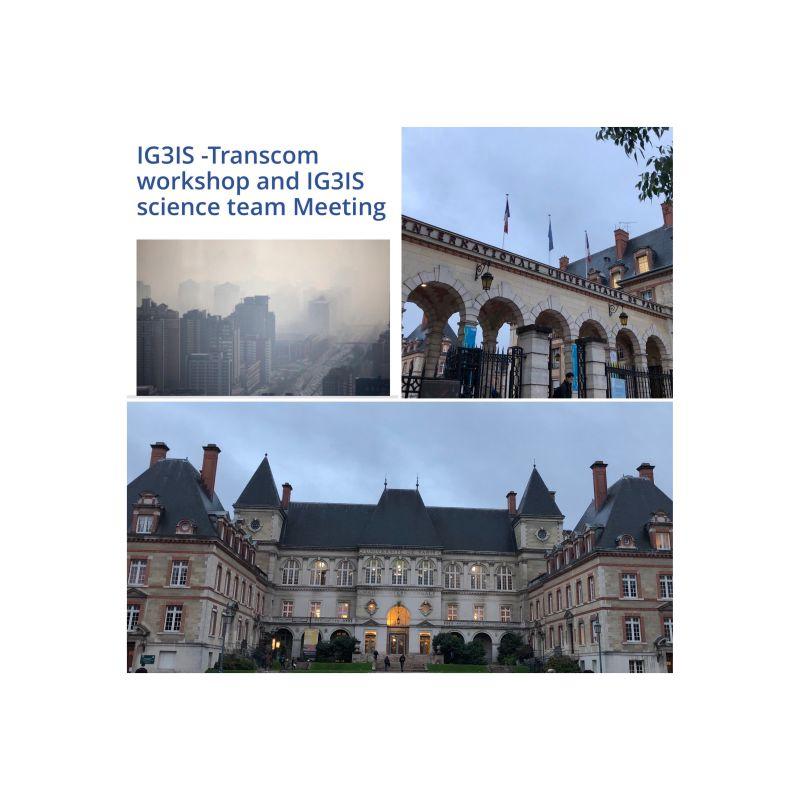 The programme started with the Urban and Local Scales that are responsible for the largest percentage of CO2 emissions (70%).

Philippe Ciais (LSCE) presented the Paris Megacity Project that contributes to the NASA Megacity Project. The Paris CO2 Network provides continuous measurements since 2015, with plans to build a very dense network. WRF CHEM at 2km resolution with input from city measurements was shown for winter and summer experiments (highlighting the challenges of biogenic/anthropogenic signal separation in summer due to green-areas around Paris and CO2 transport, while winter simulations are very encouraging).

James Whetstone (NIST, US) presented the US effort for quantifying urban greenhouse gas emissions, including the INFLUX project over the city of Indianapolis. The Los Angeles case was presented and is part of the Megacity Project.

Kevin Gurney (Arizona U) presented the inventory landscape and the convergence of High-Resolution Inventories and Atmospheric Monitoring. The Vulcan project mapping US at 0.5x0.5 km resolution was presented. The HESTIA project extension is progressing its CO2 city mapping at hourly and district resolution with Los Angeles shown as an example.

Thomas Lauvaux presented the Indianapolis INFLUX Project, where high resolutions data is used to set a Urban Inverse Modeling for CO2/CO. Indianapolis has 871,000 inhabitants and it is the 17th city of US by population. Monitoring this type of cities is very important as they constitute the majority of inhabited cities (only 20% of inhabitants live in mega-cities).

Frederic Chevallier presented the Country-Scale CO2 Flux Estimates and the effort to extend the capacity from the original 11 eco-regions considered in TransCom. Atmospheric inversions provide the Total CO2 flux, from which separating the anthropogenic CO2 sector by sector is challenging.

Anna Agustì-Panareda and Gianpaolo Balsamo presented some of the building blocks for the CO2 monitoring using ECMWF's Earth System approach with particular focus on the modelling of CO2 emissions and their transport in the atmosphere.

Wouter Peters (Wageningen University) chaired the session on methods, measurements and satellite applications, in which Alex Vermeulen presented the ICOS network design for in-situ CO2 Regional Inversions. Nicolas Bousserez and Jerome Barré (both ECMWF) presented the data assimilation advances in Carbon monitoring for CO2, CO, and CH4, both within the CHE project and Copernicus Atmospheric Monitoring Service implemented by ECMWF.

Thomas Kaminski (The Inversion Lab) presented an analysis of the benefit to be expected from the Copernicus CO2 Monitoring Mission, based on assessments within a newly developed Carbon Cycle Fossil Fuel Data Assimilation System. The presentation of Hans Chen (Lund University) addressed assessments of in situ observations of radiocarbon within that same system.

Erik Andersson from European Commission emphasised the importance that ground-based observations will cover in the context of the CO2 Monitoring and Verification Support.

Two years into its development the CHE project team was very well represented at this important workshop.