The Global Climate Observing System (GCOS) held a Science day meeting on the 22nd October 2018 at the Finnish Meteorological Institute (FMI) in Helsinki. The FMI is celebrating in 2018 its 180 years since the foundation and will host also the GCOS Steering Committee meeting.

The GCOS programme of World Meteorological Organisation (WMO) had its inception following the first report of the Intergovernmental Panel on Climate Change (IPCC 1990) and its creation was ratified at the 2nd World Climate Conference in Geneva in November 1990 (WCC-2). GCOS is established with the vision of sustaining provisions of observations to monitor the climate system and foster coordination, and its 25th anniversary sees a number thriving actions that are supportive of the United Nations Framework Convention on Climate Change (UNFCC), such as for the Paris Agreement.

The advent of Climate Services reinstated the fundamental role of the global observing system. The ability to monitor and to predict the climate outlook up to decades ahead is vital for planning societal activities such as energy and food provision. The GCOS observations underpin the achievement of the United Nations - Sustainable Development Goals (SDGs, of which Goal 13 is dedicated to Climate Action), by supporting standardisation of the quality of the observations and sustainability of long data records. The concept of the Essential Climate Variables (see Bojinski et al 2014, BAMS) has been functional to achieve this goal and the GCOS Implementation plan has provided the road-map for sustainability of the observing system and the climate information chain.

The GCOS strategy will continue to build upon three actions: Advocate Coordinate Communicate, with the aims to achieve free and open data exchange for Water Carbon and Energy cycle information. There are 7 Global Climate Indicators (GCOS-GCI) that have been identified to provide headline information of the state of climate and its trend. 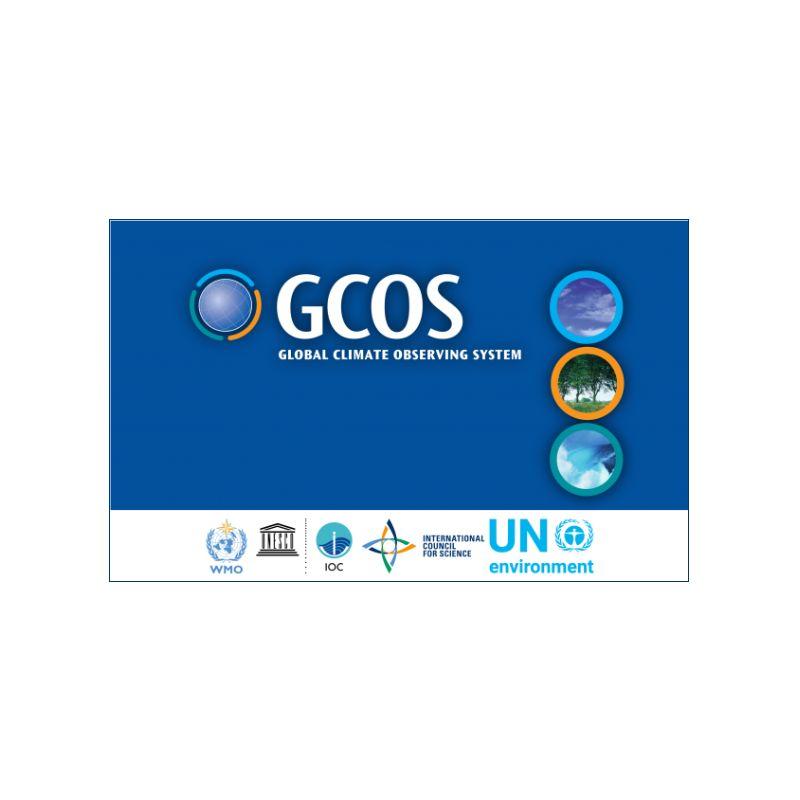 The GCOS Cooperation Mechanism builds on international partnerships, such as those with the Group on Earth Observations and the Committee on Earth Observation Satellites (GEO and CEOS), and with specific actions to tackle regions such as Africa where the observations present additional challenges related to sustainability, with regional workshops as the means by which local coordinating agencies are reached.

Of particular relevance to Numerical Weather Prediction science are achievements such as a global weather radar climate record and a surface reference networks (see GOS components) as they gather standardised information for model evaluation and assimilation.

The GCOS Science day presentations and discussions developed around climate science themes including Arctic and biosphere monitoring, with a review of the observations availability, the process modelling, and the services and communication necessary to enable an evidence-based policy and decision making. The Finnish ministerial representatives from foreign affairs and prime minister offices illustrated the role of science in guiding actions within the Arctic Council and in development national strategies.

The Arctic Council, established in 1996, fosters cooperation between the 8 Arctic countries and 6 indigenous communities with a clear environmental focus. There are about 4 million people living in the Arctic, with about 10% indigenous communities. The Arctic Climate Impact Assessment in 2004 (ACIA) has been an important step. Finland's international cooperation is fostered by its geographical location and extent and privileged access to Arctic and Baltic, that define the monitoring needs. The ESA GlobSnow and COST-HarmoSnow are two of the international activities led by FMI. The snow-pack has crucial role in the water cycle but it is also shown that snow duration can be a proxy for the natural carbon cycle uptake (see Pulliainen et al 2017, PNAS).

Examples from the satellites fleets on geostationary and polar orbits showed how remote sensing capabilities are essential for monitoring the Arctic and support derived products such as those developed in the EUMETSAT Climate Monitoring Satellite Application Facility and entering climate reanalysis. Satellites clearly complement the in-situ ground-based network in reaching global coverage, but they also enables the development of more complex remote sensing retrievals such as those involved in atmospheric compositions, surface stocks and emissions, and for which ground-truth observations are a necessity.

The ICOS and ACTRIS observing networks along with all other Arctic observations have been surveyed within the INTAROS project, which gave a compelling view of the integrated Arctic observing network status and the ongoing efforts to monitor climate change particularly at high latitudes where the speed of change is about twice as fast compared to the global average.

The progress of the CO2 Human Emission project in the first year has been presented illustrating the first CHE global nature runs covering the year 2015 at 9km and 3-hourly resolutions, along with the agenda for the development of a monitoring support system for CO2 anthropogenic emissions. The CO2 fits well within GCOS scope and aims and is one of the 7 Global Climate Indicators and 54 Essential Climate Variables. Both the terrestrial natural biosphere exchanges of CO2 and the fossil fuel emissions require adequate observing systems and the combined used of satellite and in-situ observations.